Interactive video makes it easy for companies to communicate more effectively with customers, regardless of their language preference or literacy level. As a result, businesses get paid quicker, overhead costs are reduced and customer satisfaction is improved.

A self-service tool that improves all KPIs

Alphacomm’s interactive video platform is an incredible asset to any collections department or business. It’s a self-service tool that involves customers and empowers them to solve the payment arrears, without the involvement of call centre staff, in a way that works for them. Debtors can play the video at any time they like, go through all the options at their own pace, and pause or replay the video as many times as necessary. This makes it a very user-friendly form of dunning that is more likely to increase customer satisfaction and loyalty rather than cause friction.

No customer left behind

In early 2019, Dutch energy supplier Eneco was the first company in the world to introduce Alphacomm’s interactive video reminders as an integral part of its dunning strategy. The company had been noticing how certain customers, who developed debts, often also had problems with understanding the language in its payment reminders.

In particular, this group of people, who have difficulty understanding written communication, like invoices and reminders, run an additional risk of unwittingly falling into arrears. This can quickly lead to increased debts if debtors do not react to open bills and arrange for payment on time. Interactive video, through its combination of crisp audio, legible text and slick animated graphics, has turned out to be the most effective way to reach these customers and get messages across.

This is how it is done, and why it works so well:

The interactive video by Alphacomm uses animations, understandable voice-overs and large subtitles to explain the situation to the viewer. This is done clearly and concisely, in the language the user selects.

Alphacomm can customize the video to support a broad range of languages. For Eneco, in particular, we looked at the top five languages spoken in the Netherlands and included these in the interactive video. As you can see in the example below, Eneco’s interactive video is available in Dutch, English, German, Turkish, and Spanish. 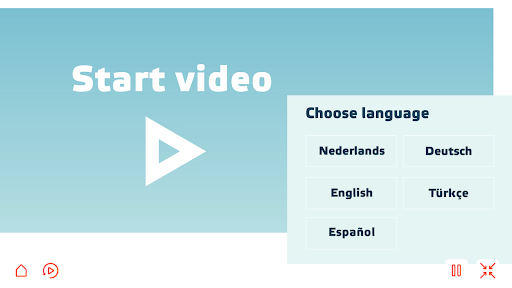 As the natural sounding voice-over explains the situation to the customer, the video presents all possible resolutions, in a clearly visible and accessible manner. Through big, clickable buttons with easy-to-read text and descriptive icons. 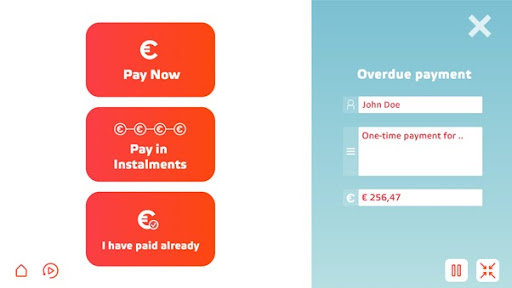 If the customer selects to pay in installments, a new set of options are presented. These are as follows: 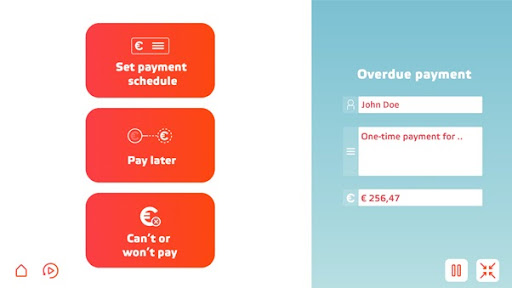 Set payment schedule: this allows customers to choose the number of instalments and the  dates on which they will make the payments. 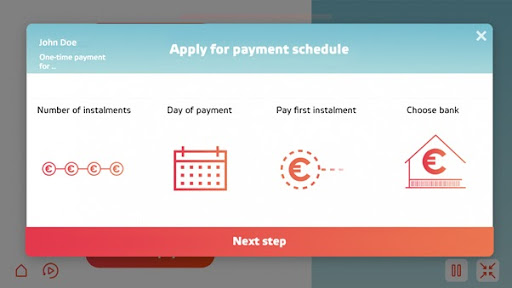 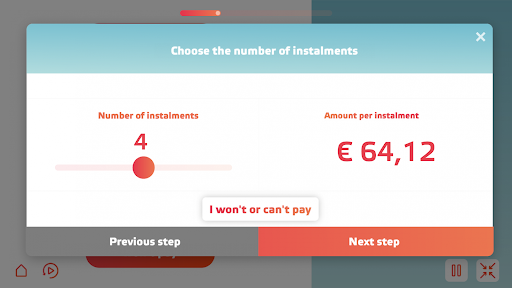 Pay later: this allows the customer to choose a later date on which to make the full payment. Once the date has been set, the customer will be required to pay by or on that date. 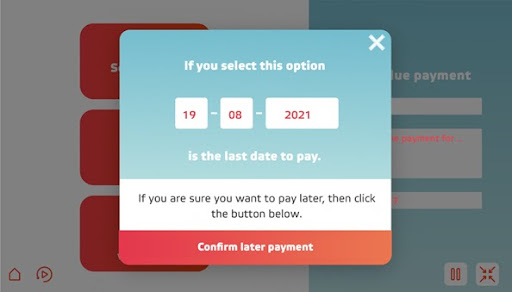 In the example below, Eneco customers are told that if they are unable to pay, they can click ‘I want help’ which will redirect them to a specialized partner Eneco works with. On the partner website, customers find various options and resources that help them take charge of their financial situation and get out of debt responsibly.

On the other hand, if customers want to dispute the open invoice, they are encouraged to call the phone number on their screen and speak to a live agent who can assist them further. 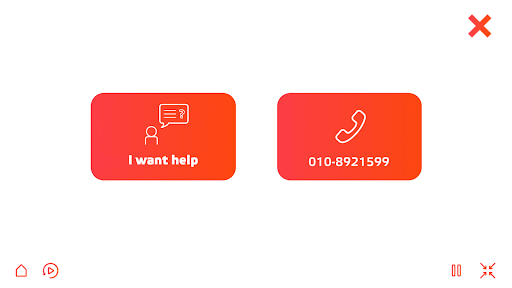 Automation and personalization are a must for payment reminder strategies

As societies become more diverse, companies are also realizing that it is no longer possible to communicate with all of their customers in a ‘standard’ fashion. Companies need access to various tools that they can deploy at any given moment, while taking into account factors such as customers’ stage in the collection process, as well as their demographics and past behaviour.

For large enterprises, it is important to implement a dunning strategy that generates results as efficiently as possible, without sacrificing customer service. Mass customization, through highly personalized interactive video, is a game changer in this regard.

To achieve the best possible results, interactive video should be used as part of a wider strategy that includes other automated reminder tools as well, like HD Voice Calls, Paylinks & QR codes, Chatbots and Email among others.

For businesses and collection agencies relying on Alphacomm’s Payment Reminders solution, communicating effectively with a diverse customer base is no longer a challenge.

More information? Talk to us!